Archive for the tag “cell phone”

After deleting Sam’s phone, you find another one that belongs to a girl named Laura.  Can you discover who is she and help her? 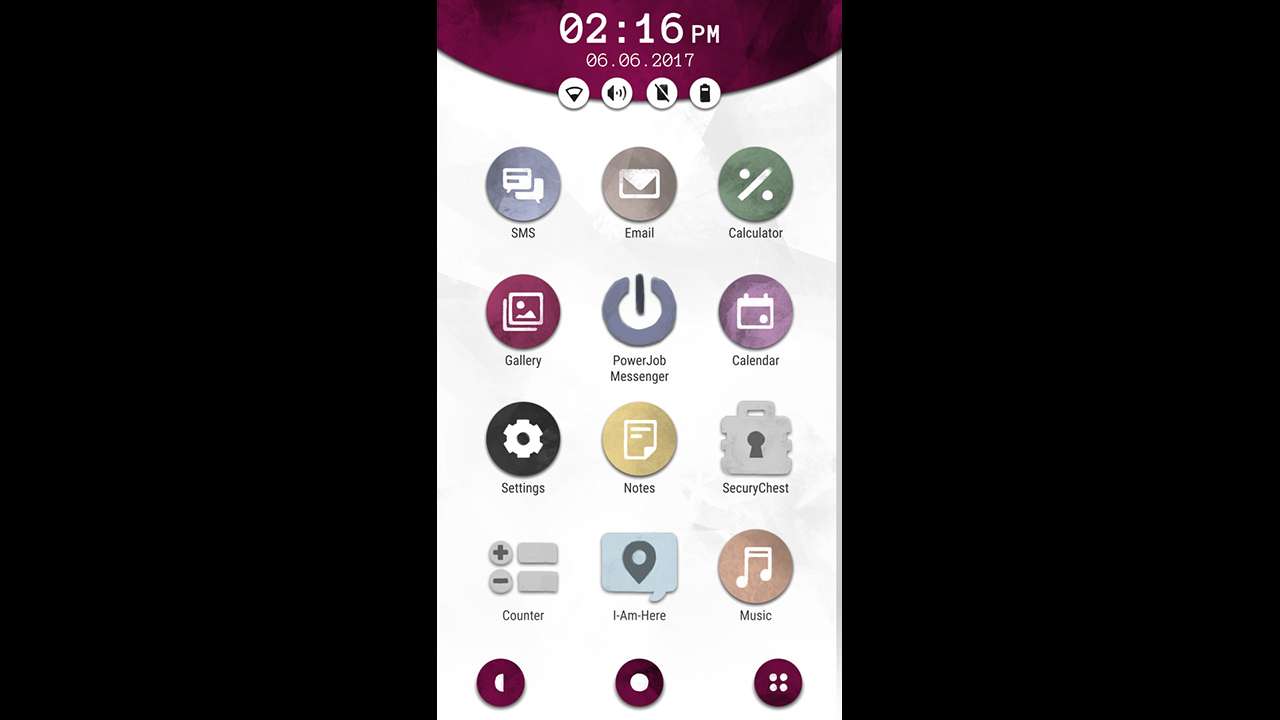 While the premise is the same as the last game, the plot couldn’t be more different.  I should tell you that I’m about to give major spoilers to the plot, so proceed with caution.  Unlike Sam, Laura is an adult and doesn’t struggle with who she is.  However, Laura is not without problems and hers involve her boyfriend, Ben.  I’m just going to tell you that Laura’s in an abusive relationship.  Ben has her send her GPS coordinates to him regularly.  He goes through her phone on a daily basis.  He even deleted her birth control reminders off her phone so she’s forget to take her pill.  This is just the tip of the iceberg.  His worst offense is sending a sexy video Laura made for her ex-boyfriend to her co-workers and putting the blame on her ex-boyfriend.  This also leaves Laura open to sexual harassment from her co-workers, none of them believing that she didn’t send this video.  Unfortunately, there’s truth in fiction with this situation.  During the High School Musical craze, the lead actress, Vanessa Anne Hudgens, faced slut shaming due to someone posting naked pictures of her on the internet.  No one considered that she might have taken the photos for her boyfriend and someone posted them without permission, making her the violated party.  As in the case of many people in abusive relationships, Laura’s too blinded by love to see what’s going on.  Then finds herself craving the moments when Ben’s nice to her, insisting that he can change.  However, the game does have unfortunate implications.  This time, I’m not just talking about the game play.  When Laura attends a seminar for people in abusive relationships, she mentions that everyone at the meeting is a woman.  Even now, people fail to see that men can also be the victim in an abusive relationship.

As I said earlier, the game play comes with unfortunate implications.  Let me put it this way, it’s another story about respecting someone’s rights as a human being, while violating their rights as a human being.  You can see the contradiction.  Only, this time, you don’t send messages or post pictures pretending to be Laura.  I’ll admit that the game play is intriguing with you having to search through her phone and use deductive reasoning to figure out her passwords.  However, you can easily change the plot of how you got the phone to make it less invasive.  You could have the story be about Laura reporting Ben to the police for domestic abuse and handing her phone over to a cop to present as evidence.  It would erase the issue of violating someone’s privacy and it’s believable.

This game is fun but uncomfortable.  I give it 7 out of 10; a great game but needs to be better thought out.

You’ve found a phone that once belonged to a teenage boy named Sam.  What kind of person was he and how did he lose his phone?  Go through his phone to find out.

In real life, if you find someone’s phone on the ground, don’t go through it.  Even if you did, you wouldn’t be able to crack the password.  Anyway, you might read the summary and think this must be a boring game.  First, I should say that you couldn’t be more wrong.  Second, I should also say that I found this game on Gamehouse and it’s a little more controversial than what they usually publish.  Spoiler alert, Sam is a bisexual transgender who lives in a conservative town.  She has issues with who she is due to close-minded people surrounding her, including her own parents.  The story is about the relationships Sam has with her friends while trying to discover who she is.  It’s similar to Gone Home about a teenage girl’s struggles with her homosexuality.  Considering that the closest Gamehouse Original Stories has to an LGBT character is Francois, who has yet to come out of the plot closet, this is quite a shock.  They also deal in stories that are more family friendly.  I’m not saying that the LGBT shouldn’t have representation in children’s entertainment, quite the opposite.  It’s just that the game also deals with misogyny when they not so subtly hint to a rape attempt.  The guy blames the girl for leading him on and then shunning him.  What actually happened was that the girl wore a provocative dress, her boyfriend got a little drunk and he forced her to press against him when they danced.  She told him no and he got mad.  To make a bad situation worse, when she went home to her father and said that a stranger molested her, he told her that, the way she’s dressed, she asked for it.  I remember in Elementary School that they had one motivational poster about how you are responsible for you.  Ironically, society itself often contradicts this message.  This is similar to how bullies say that, if their victims didn’t want people to beat them up, they shouldn’t act different from everyone else.  It’s something that Frasier and The Big Bang Theory agree with.  In the former, Martin tells Frasier and Niles about when they were children and into the British television series The Avengers to the point of wearing bowler hats.  Then says that it’s something they shouldn’t have done because they made themselves a target.  In the latter, Penny once claimed that she felt guilty for picking on the geeks in high school and then claims that, if one of the kids didn’t want to get beat up, they shouldn’t have shown up to school wearing a bow tie.  While rape and getting beat up might not be on the same level, the point still stands.  Frasier and Niles should be able to wear bowler hats if they want to.  A boy should be able to go to high school wearing a bow tie without getting beat up.  If a girl wants to wear a provocative dress because she looks good in it, she should be able to without having to worry about rape or molestation.  This serves to point out how screwed up Sam’s town is and how liberal she is in comparison by telling the girl that it’s not her fault.  That’s not the only discrimination you can find in this game.  For instance, someone sets fire to an LGBT center and people around Sam, even his own parents, say that it’s a good thing.  I’m not sure if I mentioned this in a former review, but I have Aspergers, which is a low-level form of Autism.  I was lucky enough to have an understanding mother, but stories such as Silent Voice taught me about the discrimination people like me face.  One thing I learned is that parents do murder their autistic children and many people feel sympathy for the parents.  The news reporters even treat it as a mercy death rather than talk about how the children could grow up to accomplish so many things.  Therefore, I can somewhat relate to what Sam’s going through in my own struggles to accept my Aspergers.  However, as someone pointed out in his or her own review, the gameplay does undermine the message.

As I said in the first paragraph, you find Sam’s phone and violate her privacy.  It goes much further than that as you scan her text messages and emails to discover her passwords.

You even send emails and pictures to other people pretending to be her.  While the detective work makes for intriguing game play, you not only violate Sam’s privacy, but also her rights.  I can only think of three people who would do something like this, House, Sherlock and Dean Winchester.  All of them would do this to solve a case, though the former two might also do this because they’re a**holes.  Apparently, the designer of the game didn’t think that part through.  You could’ve easily had this be about a detective solving a murder investigation, or an amnesiac Sam going through his phone to discover who he is.  Instead, the only clue I have about what kind of person you play is that they’re a d*ck without any regard for personal space.  Just the kind of person I would hate to run into.  At least, in Gone Home, you play the role of a young woman coming back from college to an empty home trying to figure out where everyone went.  Even she refused to dig too deep by refusing to read her sister’s diary about her first sexual encounter.

This game is addictive and intriguing.  I give it 8 out of 10; the game play undermines the story’s message.