Archive for the tag “ahrimans prophecy”

Talia was once an ordinary girl who only wanted to be a herbalist.  Unfortunately, during her naming ritual she uncovers an evil plot.  Now she must study to become a magic wielder and save the world from destruction.

The plot’s quite simple, save the world from an evil sorcerer. 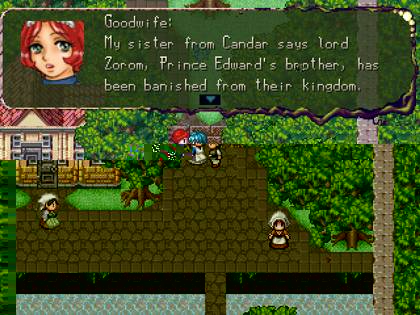 The two main characters are Talia and Devin and sometimes it feels like they’re the only two characters in the whole game.  During the journey, all Devin and Talia do is talk to each other.  While you can invite other characters, they contribute little in the way of storyline.  Alicia’s just another marriage option for Devin, after Frederick’s side quest, you don’t do anything with him except when you need to teach him a new shape shifting form, and Jack only has one side quest option and then he disappears.  It’s like the rest of the members just stand there in silence while Devin and Talia talk.  There’s also a dwarf you can hire but I never really use him.  The story line is quite cliché with a villain dumber than dirt.  One example would be a scene where he possesses a very important person and acts very impatient.  If he had acted nonchalant, Talia and Devin would have just given him the relics they collected and he would have won.

The game play is different than I’m used to but enjoyable.  Instead of entering random battles, you see a health bar whenever you exit town, go around destroying random enemies you see in the field and loot their corpses. 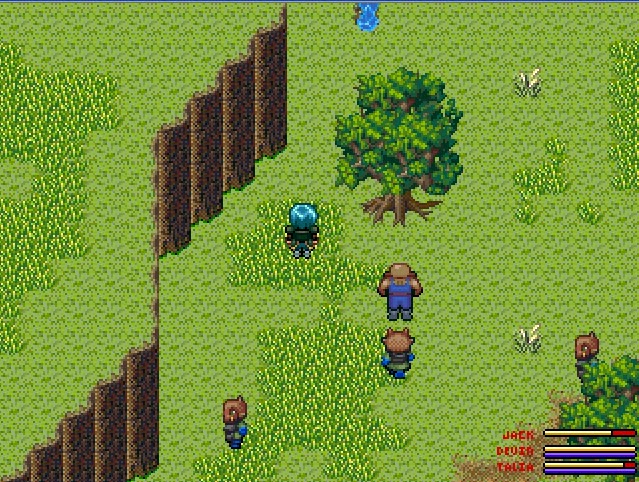 As I said earlier, you can choose whether you want Devin to marry Talia or Alicia.  Another aspect of the game is that there are five guilds for Talia to join.  There is one aspect of the game play I hate and it’s that you can only have four people with you.  You can’t keep other members in a reserved party and when you switch members out you have to go all the way back to the city you found them in to get them back.  Then you have to switch out another party member to do so.  It’s a very frustrating aspect.

This game is simplistic yet addictive.  I give it 6 out of 10, and the best part is it’s free.