When an elite group of mathematicians won’t take Emma seriously, she disguises herself as a man to gain access and talk about her theory.  Can Emma successfully lead a double life?

Like the last two episodes, this one takes place in early 20th Century Germany.  We’ve already met Emma in the last episode, disguised as Emil when Franz wanted to paint him.  We also get to meet Nikol, who is the niece of Leos, a character who accidentally calls Wilma in the first episode.  In this episode, we finally explore the gender issues of early 20th Century Germany. With Wilma, we only get a small hint about the roles expected of men and women.  With Franz, no one told him that he couldn’t be a painter. With Emma, she is an aspiring mathematician who tries to become part of the Radius, an elite group of men with the same job, but they won’t take her seriously because of her gender.

I’ve already explained that Emma is working on her theory of change, but the men won’t recognize her as a genius.  According to them, a woman’s mind is more domestic than it is logical. However, Emma herself works more on math equations and admits that she’s not suited for the domestic.  In order to prove herself, she has to take up cross-dressing so that men will take her seriously. 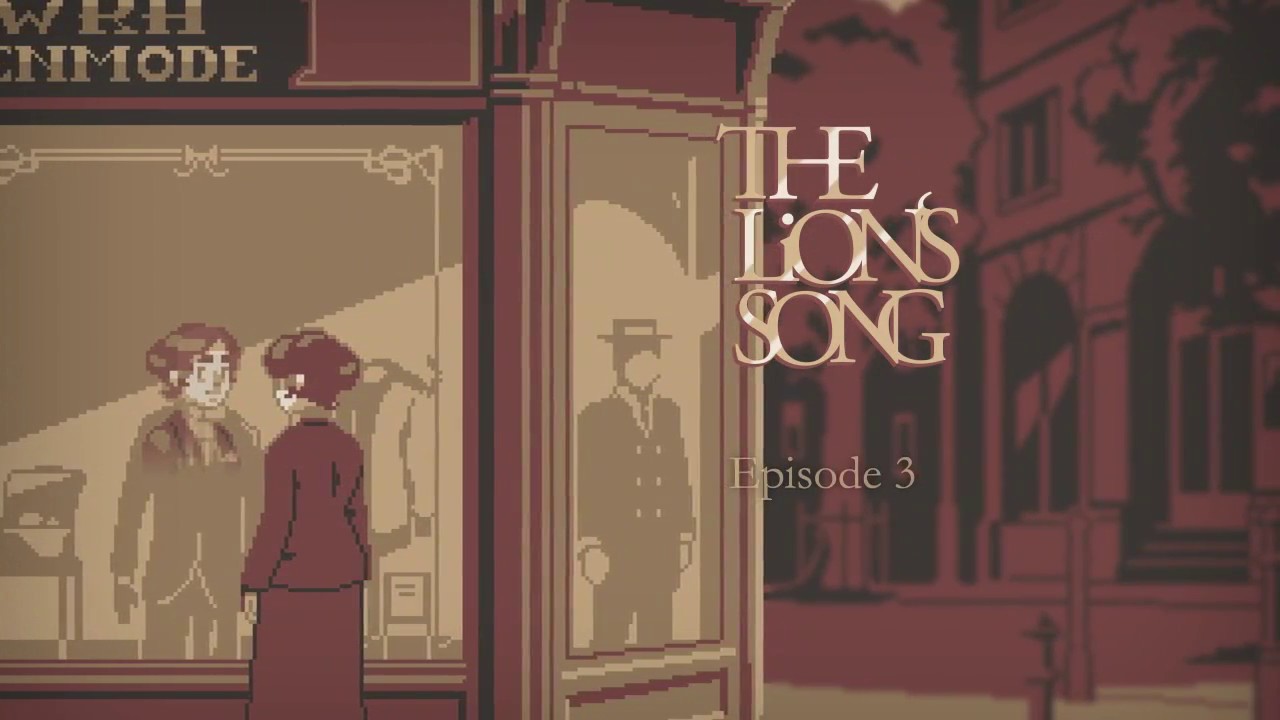 I remember watching an episode of Sherlock BBC set in the Victorian Era when one of the already established female characters, Molly, disguises herself as a man.  My mom told me that such ruses were quite common for women who wanted to be more than what society would allow them to be. While women don’t have to go to such extremes today (at least in my country), sexism still exists today which I will talk about later.

I’m sure many of you are wondering why Wilma never took issue with the traditional gender roles of society as Emma did.  This is because Wilma’s dream is to be a composer, which is a field women have an easier time entering. She has to isolate herself from society in order to write the great composition that could make or break her career, something the people around her encourage.  However, sexism still exists in Wilma’s chosen profession. Emma herself claims that, while Wilma has a dream society allows women to have, only men can sit first chair in a concert hall. Whether Wilma will take issue with this in the future is a question that the game won’t answer.  Emma, as I demonstrated earlier, has talents and a dream that society discourages her to have but, thanks to the words of her father, chooses to go against what society wants from her. Even when the men of the Radius mock and humiliate Emma, she doesn’t give up on her dream.

As I said, sexism still exists in both professions today, particularly in the world of math and science.  While women have the same opportunities as men, society will deny them these chances because of their gender.  I don’t know how it is in Germany but, in today’s American society, women often dominate the soft sciences, such as biology, while men dominate the hard sciences, such as physics.  I know one woman who’s majoring in a physics career yet considered changing it when her jealous boyfriend didn’t like her working in a male-dominated field. Even today, many men claim that women don’t have a gene for math and science.  Take the Big Bang Theory; the men each have a job in the physicist department, with the exception of Howard who’s an engineer. Meanwhile, the first woman character is an aspiring actor down on her luck who eventually makes friends with two other women, both working in a separate field of biology.  The theoretical physicist, Sheldon, often mocks his girlfriend, Amy, for having a job in biology. At one point, he tells a woman physicist that she needs to give up science for laundry and childbearing, even going so far as to slut shame her. Pop Culture Detective himself addresses the “adorkable misogyny” of the Big Bang Theory.  I will give credit to the Lion’s Song for not treating the misogyny as adorkable.

Sexism also exists in classical music today, with one man claiming that women can’t be conductors because they’ll distract the men to the point that they can’t concentrate on their performance.  Apparently, men have no willpower, sarcastically speaking. Classical music also shares one sexist aspect in common with math and science professions in that society rewards women in both areas based on how they look rather than their skills in said professions.  I’ll admit that I’m not that knowledgeable about classical music, but the Big Bang Theory had an episode about Bernadette getting a feature in a magazine about being one of fifty of California’s most beautiful scientists. My mom once again explained the truth of this to me about how magazines tend to talk more about how women scientists wear their hair than they do about what they accomplish.  On the other hand, society rewards men for their accomplishments rather than how they look.

The game play itself only slightly deviates from the last episode.  Like Franz, Emma can go as she pleases around town. Unlike Franz, she also has the option about whether she wants to go somewhere as Emma or as Emil.  Whether she’s transsexual or not depends on your dialogue choices, which you get to pick for her. You can also pick dialogue choices for Emma that determines whether she can prove herself as a mathematician.  This episode also comes with one unique play style that represents Emma’s chosen profession. You know how Wilma can hear music from various sounds and Franz can see the different personality layers of people that helps him paint?  Emma sees the world through equations, which helps her to calculate her theory about change.

However, this game still has that retro style which gives it the unique historical fiction experience that makes it great.

This game is insightful and unique.  I give it 9 out of 10; it really makes you think about sexism in the past versus the sexism of today.