Ever dreamed of being in the ocean and gazing at all of the sea life?  Now you can, just put on your Playstation VR, pop in VR worlds and pick the ocean.  Find yourself hypnotized by all of the fish, stingrays and jellyfish.  If you’re lucky, you’ll find treasure in the ocean’s depths, but watch out for the shark.

This world has three modes of play and only one of them tells a story.  It’s the one where you meet the shark.  You play the role of a cage diver looking for hidden treasure and finding a shark along the way.  There’s no explanation on what exactly the treasure is, except for a few hints that it could be alien.  I’m wondering if it’s a reference to another available world on the game.  As for the shark, it just keeps attacking you with no explanation.

The game play in this world consists of looking around with your VR headset.  Let me tell you that you will find yourself surrounded by the ocean and you can even exit your cage if you wish to.

It’s like being in a Star Trek holodeck program, except the only senses the VR affects are sight and sound.  I’ll admit that I was afraid of meeting the shark but, thanks to my mom wanting to see it, I finally played that all the way through.  Thankfully, the shark is more startling than it is scary, as if you’re on a virtual roller coaster.  The other two play throughs are just looking at sea life without the story and the shark. 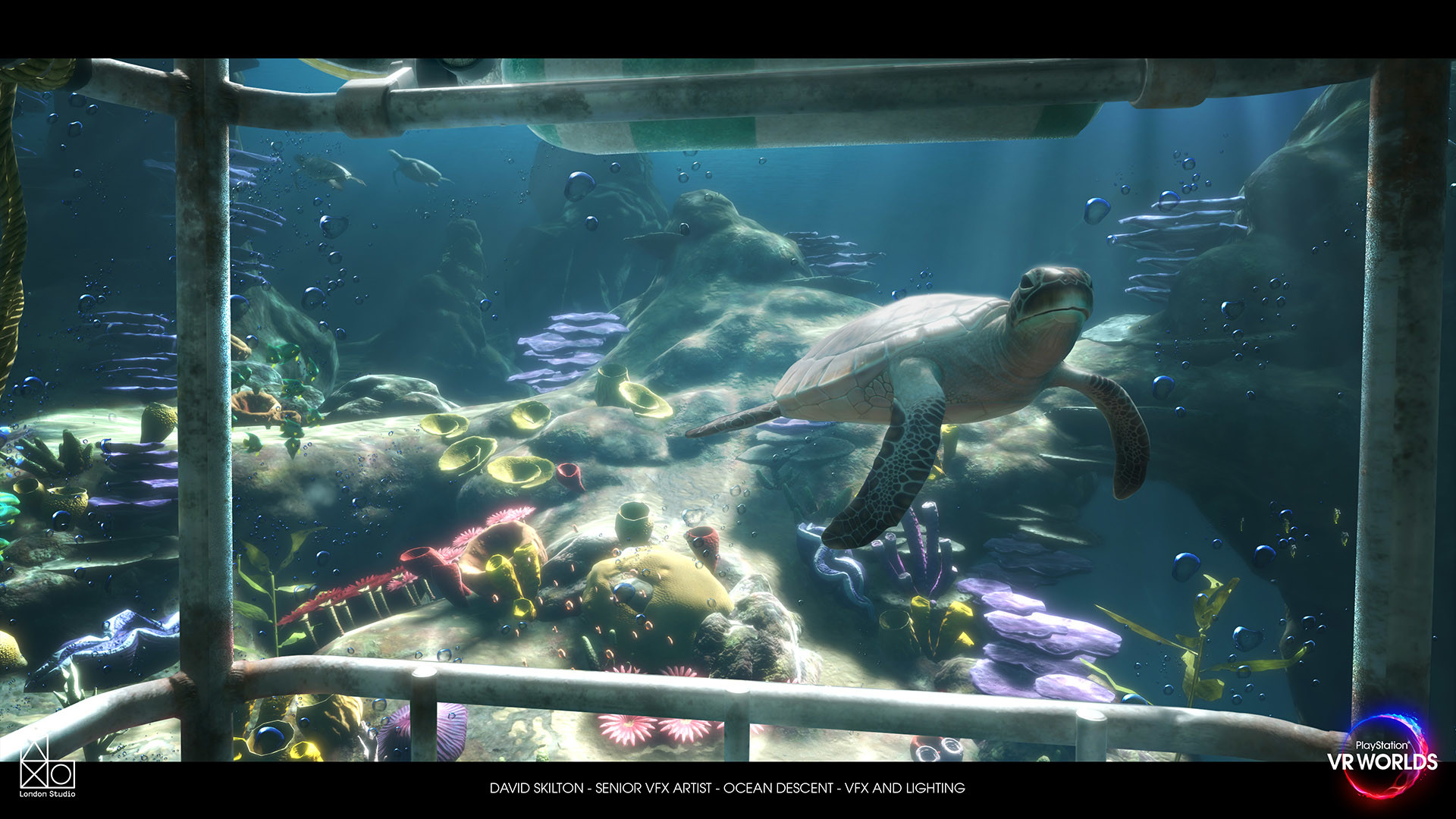 It’s perfect for relaxing if you’ve had a stressful day.

This game is soothing but can also startle you.  I give it 8 out of 10; any ocean fanatic will love this game.