When Max Caulfield returned to Arcadia Bay, she thought it would be just another typical high school life. 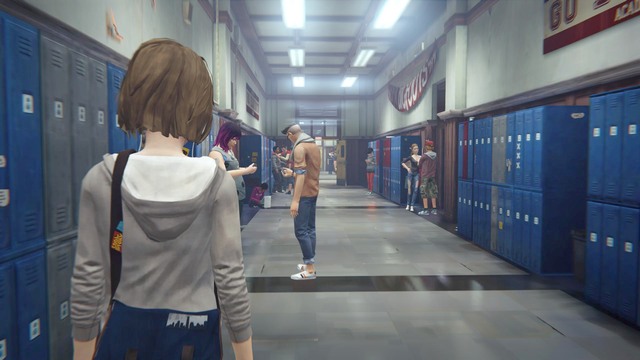 Unfortunately, for her, she couldn’t have been more wrong.  Not only does Max find herself at the center of typical teenage drama, she also discovers that she has the power to rewind time.  Can she use it to save Arcadia Bay from an oncoming tornado, or will the power corrupt her?

After playing several Episode stories back to back with the main character being an innocent virgin losing her love interest to the slutty mean girl, this is a breath of fresh air.  While Max is still the virgin and Victoria, the mean girl, might be sexually active, it’s not as black and white.  For starters, Victoria does have more than two brain cells to rub together as demonstrated in the game opening.  She answers the question correctly, though still secretly brags to Max about it.  Max is also not completely against sex, despite being a virgin.  While she is capable of slut shaming and derides herself for it afterward, Max will also remark, after seeing posters promoting abstinence, that looking at that makes people want to have sex.  Even if she’s friends with a religious girl who believes this stuff, but doesn’t try to push it on Max.  In addition, there is a male Victoria, Nathan, and, unlike in several Episode stories, this game does not give him a pass because he has a penis.  Nathan’s not right in the head and, while it’s implied that he has a troubled past, the game does not excuse him for this.  He is every bit as irredeemable as Victoria and he’s not a love interest for Max to cure.  Depending on how you play the game, he’s an obstacle for both Max and Kate, the religious girl who’s good friends with Max, to overcome.  There’s also a character, Chloe, who listens to punk music and smokes pot but, unlike in many episode stories, you don’t lecture her on the evils of pot.

That’s right; this is not your typical high school game.  While Victoria is the mean girl of the story and the most popular, not everyone’s impressed with her.  When you talk to the skater boys, they admit that they don’t like her.  A teacher Victoria has a crush on, Jefferson, does not find her so attractive that he’s willing to break school rules.  Even Max’s geeky friend, Warren, isn’t interested in Victoria, though there are several not so subtle hints that he’s interested in Max while his friend, Brooke, is interested in him.  Did I mention that all three of these characters have stereotypical geeky interests?  This is another breath of fresh air, considering shows, such as the Big Bang Theory, where the boys all have geeky interests.  The girls in that same show, even the scientists, don’t like comic books and video games.  Max admits to owning Battle Royale and watching Full Metal Alchemist, though she hasn’t seen every geek thing out there.  You can even have Max read a poster about geek girls forming their own club and approving.  Max has geeky interests and has a tendency to zone out, ignoring everyone around her.  Therefore, you can bet that she’s someone I can relate to very well.

Speaking of being able to relate to people, this game has several scenarios drawn from real life.  I’ve already mentioned some details, such as abstinence groups, pot smoking and girls with geeky interests.  However, I’ve also said that not everything is black and white and it shows.  For instance, Victoria is not your typical mean girl character.  She is smart, as I pointed out earlier, and, unbelievably, she does have a sense of honor.  When you choose to be nice to Victoria, she agrees to take a picture she posted of you without your permission off the internet and tells you that this doesn’t mean the two of you are friends.  Don’t get me wrong, Victoria’s still screwed up, as she manipulates a friend of hers into shaming her roommate for posting an article she doesn’t like.  Victoria also takes several missing person photos of Rachel Amber and shows no concern for a girl who, for all she knows, could be in a serial killer’s basement.  The only thing that makes her less screwed up than Nathan is that she hasn’t killed anyone.  That’s right, Nathan actually killed someone and it’s how Max first discovers her powers by using them to save the girl he shot.  You do have the option of reporting Nathan to the principal but, since he’s the son of one of Arcadia Bay’s richest families, the principal won’t do anything about it.

Even if you do the right thing, you still get in trouble.

While Telltale did not make this game, it has a similar style.  For starters, you do make dialogue choices for Max.  If you pick the wrong thing, you can make use of her power to rewind time.  You can also explore several scenes and take pictures using Max’s camera.  Throughout the game, you’ll have access to her diary and phone, which you can use to check your messages, read character profiles and the story from Max’s point of view. 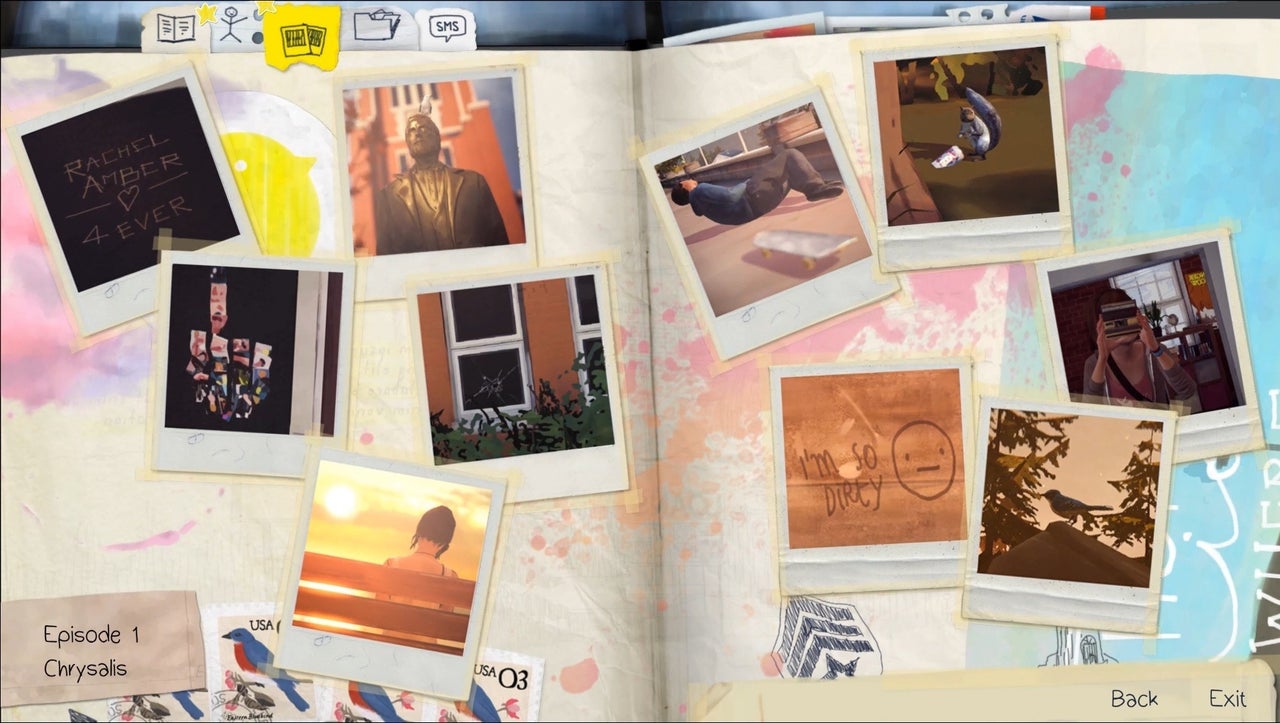 This game is intriguing and unique.  I give it 8 out of 10; amazing but doesn’t get a strong emotional reaction out of me.