Fables The Wolf Among Us Episode 4: In Sheep’s Clothing (Steam Store)

After discovering Crane’s sick pastime, Bigby continues the hunt for Faith’s killer.  What he didn’t know is that he’s uncovering a plot that not only involves Faith, but all of Fabletown.

That’s right, there’s a huge conspiracy in Fabletown and it involves the Crooked Man, the same one from the nursery rhyme.

You don’t see him to the end, so I’ll discuss the Crooked Man more in my next review.  However, I do want to take a moment to applaud Bill Willingham for his creativity.  For those of you who haven’t picked up any Fables comic books, it has a similar premise as Once Upon A Time.  Many people call the latter a rip-off of the former, but Bill Willingham himself said that’s not the case.  I will admit that I feel Once Upon A Time has the easier job with adding new characters.  That show is on ABC, which Disney owns, and believe me when I tell you that Once Upon A Time takes advantage of this.  Bill Willingham does not have the Disney Company to fall back on, so he must improvise with characters from poems and nursery rhymes.  Which is why Georgie Porgie is a pimp, Bloody Mary is a gleeful murderer for hire and the Butcher runs a shop near the Baker and the Candlestick Maker. 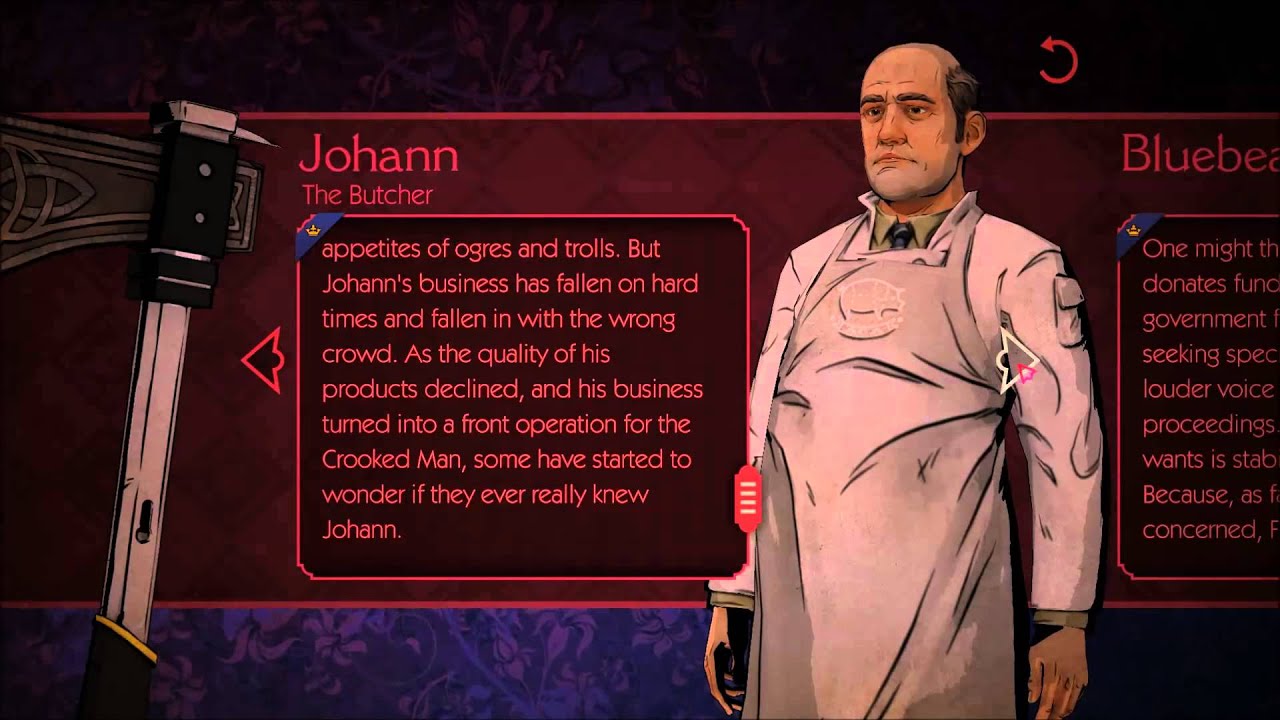 I am not kidding about that last one.  You have to admit, for a man who doesn’t have Disney to fall back on; Bill Willingham is very creative with what he does have.  I do remember King Louie in the comics, who many people know originates from the Jungle Book Disney movie and had no role in the original book.  I actually took the time to research that, and I could find no record of Bill Willingham facing copyright trials for it.  However, I did come across a statement from the author saying that you need to do proper research before you publish.

I should tell you that Bill Willingham is conservative and, while I don’t agree with his views, I do enjoy his writing.  He himself admits that he never intended for Fables to be a mouthpiece for his political agenda.  All he wanted was to tell a story about fairy tale characters living in the modern day.  His views accidentally popped in as he wrote, which is something that happens to me as well.  This story is no exception and, I should warn you, I will give away spoilers as I write.  So skip the next paragraphs if you haven’t played the game and wish to go in fresh.

One of the Crooked Man’s operations is at the Butcher Shop Bigby visits and he’s been enslaving Fables to make cheap glamour.  For those of you who don’t know, glamour is a magical substance used on animal fables to make them appear human.   It’s rather expensive due to being difficult to mass-produce and the animals that can’t afford it must live at the farm.  Bigby makes a statement about how people are so desperate get stuff cheap, they’ll do anything without realizing the cost of it, which I rather agree with.  However, I do not agree with how Fabletown treats their animal citizens.  I understand that the citizens must lay low, but that doesn’t make it right.  The first act Snow White enforces when she takes Crane’s place is that all Fable animals must go to the farm.  Something both Colin and Toad take issue with because the city is their home.

Even in the comics, the animals call it a prison sentence because the government won’t let them leave.  In fact, the Fables go as far as to appoint a human to control the farm.  Is it any surprise to see many people choose not to send Colin and Toad to the Farm? However, that doesn’t do them any good.  Another thing I will talk about in my next review.

As for what the Crooked Man has on the Fables, I never discussed Faith’s situation in previous reviews.  She is the princess from Donkeyskin married to Lawrence in the original Kingdom.  When the Adversary took over, Faith and Lawrence were a couple of the lucky, or unlucky, people able to escape.   In the fairy tale world, Lawrence is Faith’s Prince Charming, able to rescue her from her father and give her a comfortable life.  In our world, he can barely hold down a job forcing Faith to prostitute herself so she can support them both.  Nerissa, the original Little Mermaid, is in a similar boat, as she must prostitute herself to survive.

Then there are Fables such as Beauty and Beast who live comfortably by our standards yet have expensive tastes.

This leads them both to be indebted to the Crooked Man similar to how Corrine found herself indebted in Flowers in the Attic and resorted to cruel measures to keep the life that she’s accustomed to having.  While Beauty and Beast haven’t done anything that drastic, they both have expensive taste and they’ve paid for it.  Playing as Bigby, you are free to call them out on this, which I’m sure many people will.  I don’t know about you but, after seeing how Fables such as Faith and Nerissa live, it’s rather hard for me to sympathize with Beauty and Beast.

Speaking of Fables who have it worse, Tiny Tim from A Christmas Carol is in this game.  He’s all grown up and still handicapped as the mundies remember him.  Let me explain that, in the world of Fables, the character’s strength is dependent on the memories of the mundies.  This makes some Fables invulnerable and others as weak as any normal human, called mundies in this franchise.  In the case of Tiny Tim, while the mundies remember him, they see him as the handicapped child in A Christmas Carol partly responsible for Scrooge’s redemption.  It’s speculated that this is why Tim will always be handicap and there’s no cure for his condition.  Either that, or there is a cure and he can’t afford it.  Since the Crooked Man gave Tim a job, he speaks in favor of him.  However, he’s not against the Fabletown government.  When talking to Bigby, he claims that Fabletown needs both the Crooked Man and the government to survive but a war is the last thing the town needs.  While Tim does not agree with everything his boss does, he points out that Bigby doesn’t agree with everything Crane does either.  I loved this interaction because it talks about the shades of grey underlining what seems black and white.

The game has other character interactions that make it worth playing, and even show former enemies becoming friends.  Colin, for instance, is one of the original three little pigs and he sleeps in Bigby’s apartment.  If you haven’t figured it out, Bigby is the Big Bad Wolf who tried to eat them.  Yet Colin regularly visits Bigby with no fear and even sticks up for him.

Another interesting case is The Woodsman from Red Riding Hood, the first suspect in the murder of Faith.  At first, the roles changed to Bigby being the one enforcing the law and The Woodsman being the suspected perpetrator.  In the first episode, The Woodsman reveals that he originally intended to rob the old woman Bigby ate, but ended up saving them instead.  It’s not until you go to the pawnshop and see the Woodsman trying to get his ax back from the Jersey Devil that you team up with him and he encourages you to bring Faith and Lilly’s killer to justice.

The game play is typical of Telltale with you picking various dialogue options for Bigby.  Sometimes, you have to make choices that supposedly influence the story, but I haven’t seen any evidence of that yet.  You also have to participate in QuickTime events that don’t sneak up on you as badly as they did in Game of Thrones or Guardians of the Galaxy. 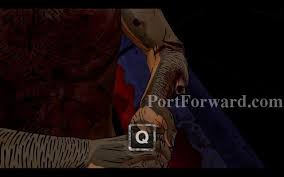 This game has an extra feature where you can collect a profile on a Fabletown citizen as you play.  Let me warn you that does mean you’ll have to replay a bit of the game if you want to collect them all.

This game is addictive and intriguing.  I give it 8 out of 10, an adult take on classic fairy tale characters.